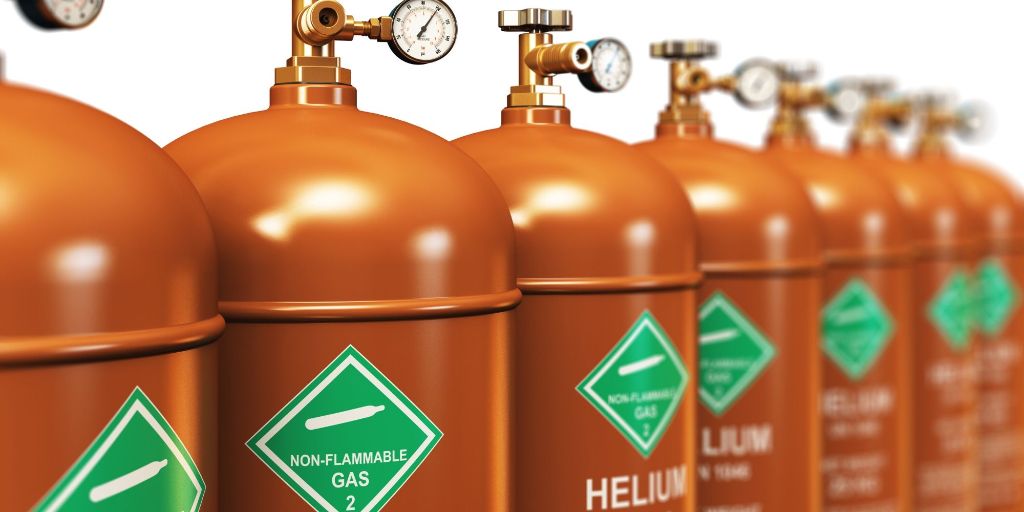 What is Helium Mass Spectrometer?

It is an established industrial practice to use Helium Mass Spectrometer to pinpoint leaks. The history of the usage of this technique is quite old as it was during the World War II that it was employed to locate leaks in Uranium enrichment plants. This technique is still in use with certain improvements as it is considered one of the most correct methods for leak detection [1]. Usually when leakage is to be checked of a container; the container is filled with Helium and placed in a vacuum chamber. Mass Spectrometer and residual gas analyzer (RGA) later detects leakage as well as the rate of leakage in case there is one [2].

What are the properties of Helium which make it suitable for Leak Detection?

Helium functions as a tracer as it has the unique ability to pass quickly even through very minute leaks. The natural properties of Helium make it very appropriate for leak detection. It has zero toxicity, is non-flammable and does not react with any other substance. Furthermore, this chemically inert element is present in the atmosphere in negligible quantity i.e. 5 ppm. Helium is reported to detect extremely small leaks as the atomic size of the gas is very small, second only to Hydrogen which is extremely reactive and flammable. The size of the leaks which it can detect at standard temperature and pressure range from 10−5(≈ 1 ml/minute) to 10−12(≈ 3 ml/minute) Pa·m3·s−1. Despite its many benefits, Helium is very cheap and easily available [3].

What are the different types of Leaks?

Broadly speaking there are two major categories of leaks. The first main type is the ‘Residual Leak’. This type of leak exists because of defective seal or damage in a product. The other type, ‘Virtual Leak’, is not actually a leak but may be detected as one because of release of certain chemicals trapped, absorbed or frozen during the manufacturing process. It is termed as ‘outgassing’. In a virtual leak, the product is properly sealed but only appear to be defected giving of a false positive result. Although no vacuum system can be perfect, but the leak rate could be limited to a permissible level in order to maintain vacuum and achieve required pressure.

What is the method of leak detection using Helium Mass Spectrometer?

Before we begin the testing, any large leakages should be ruled out by checking whether the to be tested system is able to hold more than normal atmospheric pressure. This could be achieved by using simple pressure gauge. The system should also be pumped properly as air already present would dilute the introduced Helium and the results shown would be lower than the actual value of the leakage. Equally important to pay heed to pressure handling ability of the system/container which is to be measured as over pumping could cause irreparable damage.

The two main methods are vacuum test also known as outside-in method and pressure test which is also called inside-out method. The aim is to locate the leak and the amount or rate of the leakage. In both methods it is important that conditions are maintained which are similar to actual conditions in which the system would be operating in real life.

In the outside-in method, the leak detector is placed inside the system or product which needs to be checked for leakage. A pump is used to take out air and put system in a vacuum. Subsequently Helium is sprayed on areas where there is a likelihood of leakage. Special attention should be taken that no part is missed while spraying. If Helium passes through, the detector inside would confirm the leakage. This method has also come to be known as the spray probe method.

In the inside-out method, the system is placed inside a specially designed vacuum chamber. The chamber is filled with Helium and later possible leakage sites are checked using the detector. This is also known as the sniffer probe method. Another mode of inside-out method helps to determine the leakage rate, Helium filled system is placed in a chamber and the detector is connected with the vacuum pump. Once the pump starts if there is a leak then Helium would come out of it and the detector would determine the rate of leakage. The detector system is supposed to be turned on approximately one hour before the actual leakage test for it to stabilize. It is critical to measure the atmospheric concentration of Helium beforehand. As a high concentration i.e. more than 5.2 ppm of the atmosphere air could interfere with normal functioning of the detector [4].

At the end of a test, it would take another hour to make the environment ready for the next test as the Helium introduced previously needs to be pumped out before another test begins.

How is the Helium Leakage Detected?

The Helium particles coming out of a leak are ionized using a beam of electrons and accelerated using high voltage. Once out of the leak, a magnetic field produced by the detector separates Helium’s ionized particles based on their mass to charge ratio. Once collected these particles are converted into an electrical signal. The strength of the signal indicates the concentration of Helium particles or the amount of leak. Usually very minute leaks appear as 10-15 amps of current. For the Helium Mass Spectrometer to work it is important that vacuum pumps maintain very low pressure [5].

What are the Industrial Uses of Helium Mass Spectrometer?

The uses of this technique in leak detection are numerous. In short, all vacuum systems use this technique along with production lines which are manufacturing refrigerators, air conditioners, food packaging, bottled drinks, oil tanks, valves, fire extinguishers etc.

PFC brings years of experience to provide you with tailormade as well as safe and secure leak detection services and products for all your industrial processes. We arrange complete automated setups, wide range of calibrating accessories as well as in-depth training to make leak detection simple and hassle free for your organization. In addition to this PFC also provides a wide range of other industrial services which can be seen here.